A respected entrepreneur and thought leader, Rachel Braun Scherl brings passion and commitment to all of her endeavors. She has successfully launched, built and revitalized companies around the globe, based on the belief that sustainable, profitable growth starts with a sound strategy and is continually driven forward by connecting with customers, building partnerships, and creating revenue.

As Managing Partner and Co-Founder of SPARK, she has led global consulting engagements with multinationals such as Johnson & Johnson, Allergan, Bayer, Church & Dwight, and Pfizer, among others.  She has also counseled numerous startups, with an emphasis on female health – focusing on insights, customer acquisition, customer lifetime value, and retention. Her expertise has helped drive significant growth for her clients as well as her own ventures. 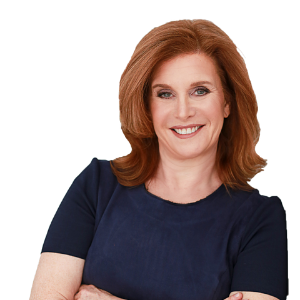 In the process of running Semprae, Rachel helped create a new category, in which she continues to take the lead. A self-described “vagipreneur®,” she is a market-maker in the multibillion-dollar global women’s sexual health subsector. Her first book, Orgasmic Leadership: Profiting from the Coming Surge in Female Health and Wellness, was published in May 2018.

In her “Rachel Talks” speaker series, Rachel shares her experiences as a business leader and entrepreneur at leading corporations, conferences, and universities, including Stanford University, Duke University and Yale School of Management. She has appeared on ABC’s Nightline, CBS News, and MSNBC, and been interviewed for major media platforms such as The New York Times, San Francisco Chronicle, Forbes, and CNN. She has also penned 60+ articles for The Huffington Post and Inc.

In 2015, Rachel was recognized as one of the Best Fifty Women in Business by NJBiz. She is a 2015 recipient of SmartCEO’s BRAVA Awards honoring top female CEOs, and has also been honored as one of JWI’s 10 Women to Watch. She has served and continues to serve on numerous boards, including various for-profit companies in the women’s health subsector, and serves on the board of the Center for Innovation and Entrepreneurship at Duke University. 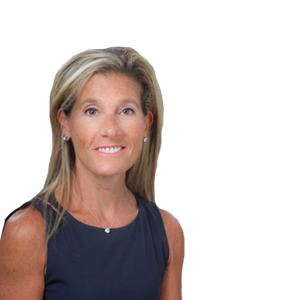 Dr. Dweck is a practicing gynecologist in Westchester County, New York.  She provides care to women of all ages; she has delivered thousands of babies. A graduate of Barnard College, she has a Masters Degree in Human Nutrition from Columbia University and her Medical Degree from Hahnemann University School of Medicine in Philadelphia, now named Drexel University.  Dr. Dweck trained at Lankenau Hospital in Wynnewood, Pennsylvania, where she was Chief Resident in 1994.

Dr. Dweck practices in Mount Kisco, NY and admits to Northern Westchester Hospital in Mount Kisco, NY.  She has been voted “Top Doctor” in New York Magazine and Westchester Magazine.  She is proficient in minimally invasive surgery.  She has a special interest and expertise in female sexual health and medical sex therapy.  She is a consultant at Massachusetts General Hospital, Vincent’s Memorial Ob/Gyn Service and Adjunct Assistant Professor of Obstetrics & Gynecology New York Medical College.

Dr. Dweck is co-author of three books, including the newest release The Complete A to Z for Your V (Quarto Press 2017)

Dr Dweck has appeared on The Today Show and Good Day LA.  She contributes regularly to multiple in print and online media outlets. www.drdweck.com.

She is a consultant, KOL and medical advisor in the women’s health device, pharmaceutical and product spaces.

Dr. Dweck enjoys time with her husband, two sons and “girly” English Bulldog.  She is an avid runner and sports car enthusiast.